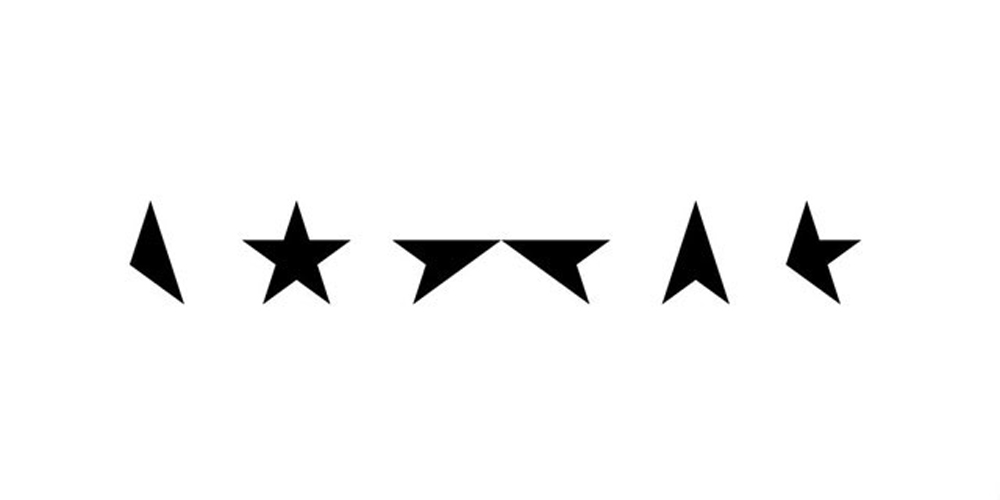 Given the untimely death of David Bowie early this year, listening to “Black Star” will have filled many critics with trepidation. What if the album fell the way of some of his nineties albums? Writers everywhere would have been left in a rather sticky situation. The album is seen as somewhat of a legacy, a parting shot for a man whose career has touched most people on the planet at some stage and it would have been desperately sad to have to write a less than glimmering review. Thankfully, this is not the case with Bowie’s “Black Star”. Its cross pollination of genres, slick production, beautiful melancholy and confrontational, tongue in cheek lyrics puts it up there with Bowies best records. And unlike Dylan, Diamond and Waters, whose vocals seem to have failed them in later life, Bowies still sounds so fresh and vibrant and his ideas cutting edge.

Everyone has their own Bowie in their head, the painted face of Ziggy, the new romantic eyeliner, skinny jeans and baggy shirts or even the tight wearing, baby pinching Jareth in Labyrinth and I believe that is what Bowie would have wanted, a man who always gave us a bit of himself but never quite enough. And only the bit he wanted us to see. The myth that surrounded him, his sexual orientation, his drug intake, his political beliefs made for shrewd PR and earned him enigma status.

We have it on good authority that David Bowie knew his liver cancer was terminal when he wrote “Black Star” and you can sense the reflective nostalgia throughout the record. His trademark saxophone, the first instrument he learned to play as a child, makes a number of appearances, most notably in “Lazarus” but instead of the orgasmic, extra terrestrial scales used in “Space Oddity”, it cuts a forlorn and sombre figure as does the lead guitar in “I can’t give everything away”. You know its Bowie. But it’s a different Bowie again, aching and uncertain, with the pomp and gusto of Ziggy a million light years away. Even in the title track “Black Star”, Bowie invites us back into his space exploration, stardust days but this never world doesn’t seem so bright and shimmering anymore and is filled with macabre visions of a barren underworld that a starman would never find hospitable. We have all felt the pang in our later years when we think back to our youthful exuberance and realise that our world view is now somewhat more jaded and cynical.

This album will be open to huge interpretation naturally, given the circumstances surrounding its release, and while that of course is necessary and understandable, we shouldn’t try too hard to understand everything. In a world of full exposure, reality TV and behind the scenes “lifestyle” programmes, Bowie always remained guarded and private and “I can’t give everything away” is an indictment to this philosophy. “Seeing more and feeling less, Saying no but meaning yes” implies that by giving it all away, we perhaps lose a little of ourselves along the way.

The album “Black Star”, although just 7 songs in length, is an album full of texture and themes with tragedy, drama, humour, regret and solitude all featuring and a few knowing looks to days gone by thrown in. It is a shining conclusion to a musical genius’ career who never bowed to popular opinion and maintained complete individuality right up to his death. Bowie was never a musical tag-along and always brought a uniqueness to every genre he slipped effortlessly into.  “Black Star” is the fitting swan song for the man who sold the world.