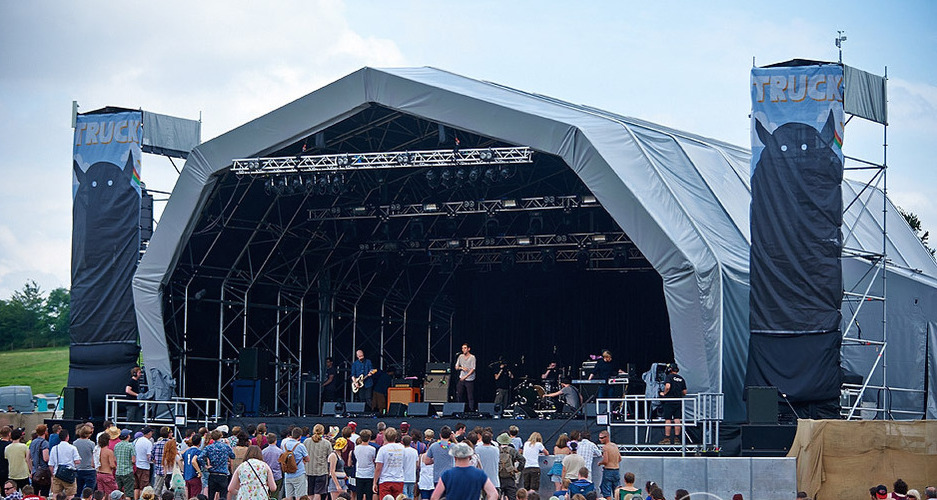 As well as internationally renowned touring acts, the Truck Festival has always had a strong affiliation with local talent and 2016 was no different with a plethora of Oxford bands and artists taking to the stage at what proved to be a glorious weekend in terms of both weather and entertainment. On Friday we were treated to Willie J Healey at the Market Stage, his fuzzy and distorted chunky power chords a joy to behold and with festival friendly, sing along chorus lines he found the tone of the festival and delighted the large crowd. His quick witted lyrics and rock and roll, foot tapping pulse, made it feel like Willie officially kicked off the weekends festivities and in some style.

On Saturday the Oxford contingent kicked it up a gear with two local, much talked about acts taking to the main stage. Firstly Hudson Scott brought their brand of melancholic, electro induced pop to the party, the craft of their songwriting as impressive as anyone around at the moment and with a lazy swagger to many of their compositions and the sweltering heat beating down upon the festival goers, there was a hazy, almost dreamlike feel to their accomplished set. Cameron AG is perhaps the act that is making the most headway at the moment, being touted and commended by most of the music press, and it’s not hard to see why. The music he creates is simply a thing of beauty, his voice vulnerable and stacked with emotion and his work breathes as it evolves into a crescendo of poignant lyrics and stirring melodies. There is an unmistakable feeling of nostalgia that encases his work and it made for a rare moment of gentle reflection on the main stage which was refreshing and allowed for a communal regaining of breathe.

On Sunday, we were again represented on the main stage by Pixel Fix, a dream pop outfit with a bold and novel approach to their music. The group are consummate performers and create wonderful electronic soundscapes with huge chorus lines and certainly have the ability to get their audience up on their feet and dancing. In terms of tone, it again fitted almost spookily effectively with the incredible weather, pleasant enough to gently rock to and just enjoy the combination of sun and beautifully constructed beats and ethereal vocal lines.

Although too numerous to name all local acts representing at Truck Festival, honourable mention must go to Neverlnd, a band who grow and mature with every live performance and Flights of Helios who always give absolutely everything in their live shows. Once again, our local acts had done us proud and proved that Oxford is still the epicentre when it comes to pioneering new acts and talented artists. In what promises to be an exciting year for many of the acts, we could well see some of them a little further up the order of play in years to come.