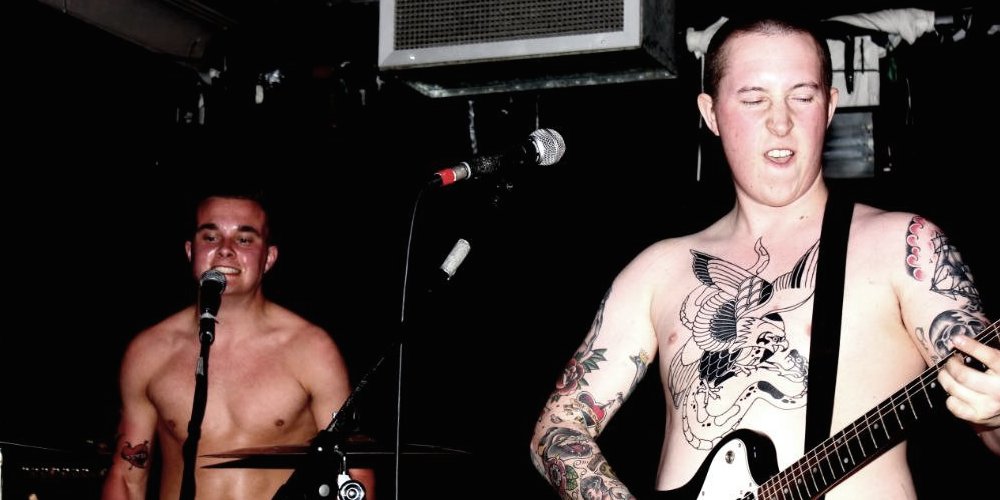 Mainstream punk has become almost unrecognisable from the musical revolution that clawed and hissed its way throughout the 1970s as the industry airbrushes it into something homogenised and palatable. Screams of discontent due to social decay and impoverishing legislation are replaced by songs about girls and going to the prom. Any sense of DIY, low budget methodology is all but forgotten as shiny, bubblegum radio edits blurt out those annoyingly catchy choruses.

What Slaves have done goes someway to relighting a belief structure which goes back some 40 years, questioning the perceived madness of modern life through gritted teeth and dirty distortion. Their upcoming album, Take Control, is currently available on pre-order and with its purchase comes the possibility of free tickets to gigs at independent venues. A none-too subtle marketing ploy to maximise sales, cynics may say, but it led to a scrabble for tickets and an almost unbearably packed out Bullingdon. If that’s what it takes to get people out of their maisonettes and listening to live music in independent venues, so be it.

If it’s possible, Slaves’ live sound is filthier, murkier and more destitute than studio recordings, the band sacrificing a re-creation of the album’s more clinical nature for brutality and disorder. In amongst the whirlwind of melodic chord structures and pulsing drums, there are squeaks of feedback and bum notes throughout the performance which only adds to the fallible, organic nature of the evening’s breathless chaos. The conversationalist and baying vocals snarl and sneer their way through the instrumentation, reminiscent of a certain John Lydon and his affected delivery, and the band work just as hard as the audience, never allowing the tempo to dissipate by goading the crowd for ever-increasing acts of frenzy and abandon. At one stage, at Slaves’ behest, we are even treated to a naked crowd surfer, one brave soul riding the naturist colostomy lottery.

Slaves certainly refresh the punk palate after far too many bland and flaccid mealtimes, two lads who grab their music by the proverbial balls, don’t patronise their listeners and are not in anyway self indulgent. Their music means something to them, it reflects their personalities, it tells us about where they’re from, how they view the world and most importantly it wasn’t created to find a niche or tick a box. The post gig buzz was evident as swathes of sweat-soaked, smiling faces loitered outside the Bullingdon, sharing bottles of water and mosh pit war stories. Music that brings people together. Now isn’t that something?