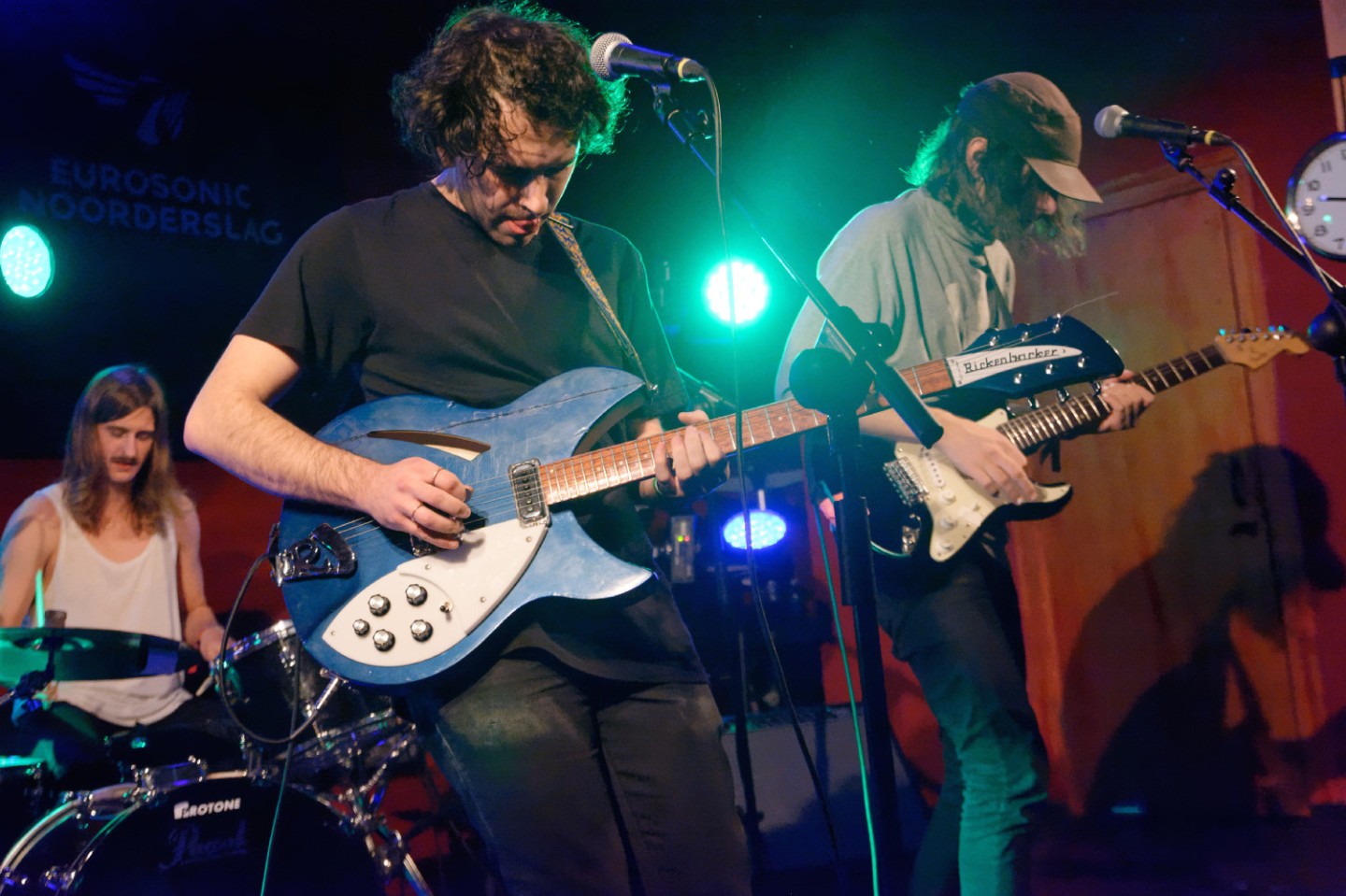 Given that Fews are about embark on a worldwide tour with iconic noise rock outfit Pixies, that should go someway to put into context the musical township they come from. Atonal, abstract, frenzied and raw, Fews have indeed many similarities with their counterparts. They come to Oxford before joining Frank Black and Co off the back of an impressive but devise debut record, Means, which although having a refreshingly dissident approach to indie rock, seems to have a little of everything but as a result not much of a ubiquitous identity.

As the show immediately establishes a high energy, almost runaway, tempo it is clear from the outset that the band have an unrelenting intensity to everything they do. Much like a song at a Greek wedding, the music whips around in ever decreasing circles, the guitar work building in potency and punctuation, and the end result is a cascade of onstage frenetic energy, guitars and vocals soaring through the middle of a barrage of heavily distorted and jagged bass and drums. Fews display the capacity to lose themselves totally within their music and tracks often become a high octane jam session with a never too subtle constant quickening of pace and vigour.

While the forcefulness of their onstage presence is enough to demand the attention of the audience, the music does become somewhat less than clinical and at times it appears they have sacrificed the tone and style of the show in order to exhibit their antics. Whereas the album, although having a raw edge, is a neatly constructed piece of production, the live versions fall apart and are put back together time and time again and there are moments when the thread of the music is lost to overly effected guitars and lose, sloppy vocal work.

However, the band can and definitely should be forgiven for producing a less than perfect live sound as the energy and drive given to the performance is enough to keep a now baying audience wanting more and it is genuinely a pleasure to watch Fews ability to whip up their audience into hysteria. There was an audible sigh when the house lights were turned on, a sign that Fews had done enough to win over the hearts and minds of The Bullingdon and through all the sweat and hi jinx you could see a band with a real appetite for live music.