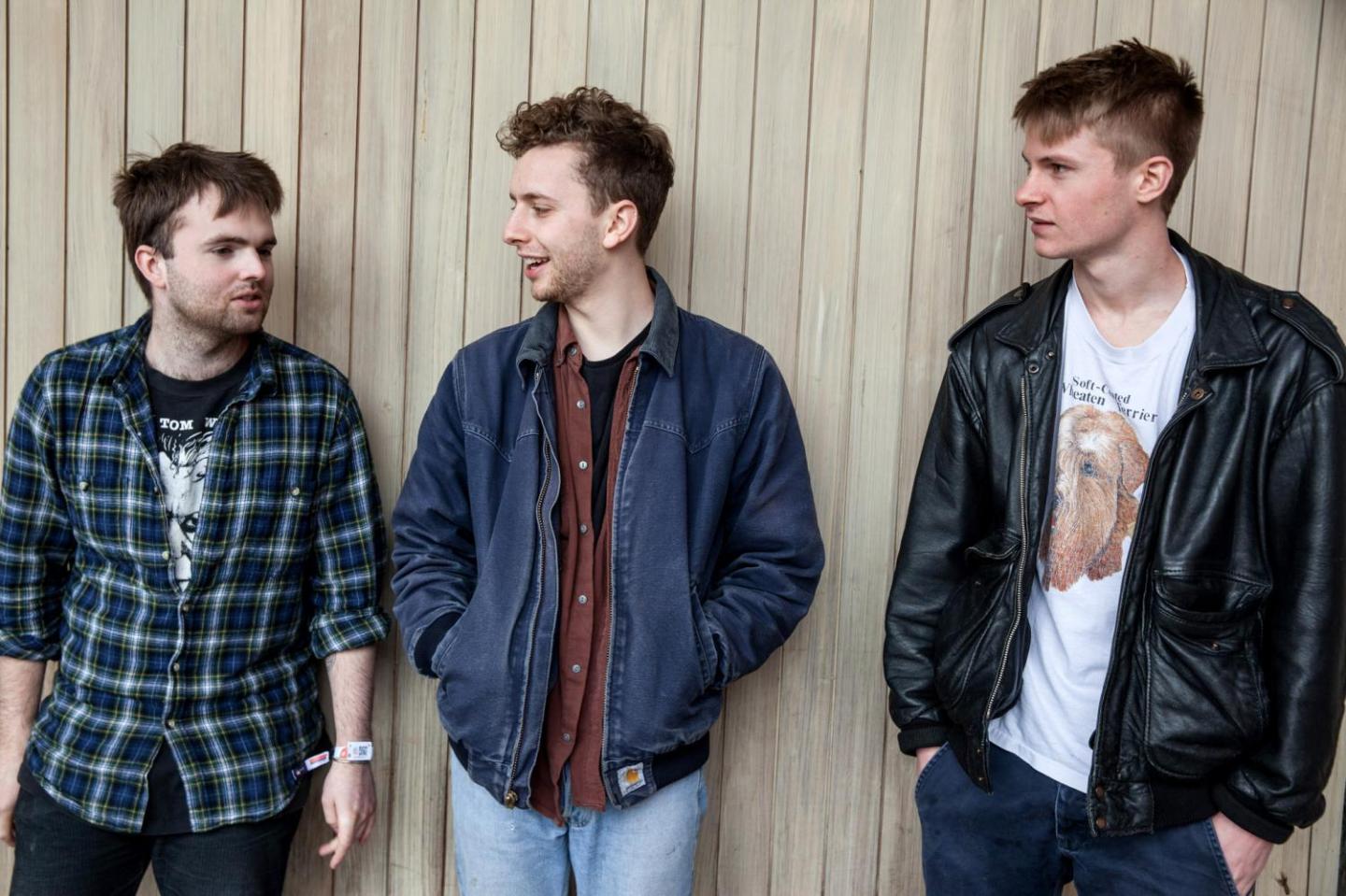 Just in time for what we hope is to be a season of lethargic, sweltering days and bright, balmy evenings comes Happyness whose release, Write In, comprising predominantly of slacker rock and jangle pop, is very much an album to sit around doing very little to. With glowing reviews from most major music publications and a serious amount of national radio airtime, it’s no wonder that the intrigue surrounding the youthful three piece from London has reached fever pitch.

With a style that is desperately illusive, at times Pavement-esque garage rock but with flickers of The Beatles, Wild Nothing and Built To Spill, Happyness have a genuinely idiosyncratic appeal which betrays the lads relative youth and inexperience. The songs, although deeply stylised, have a coherent thread despite the tangental, rambling nature of their work. A two or three minute erratic jam will often be followed by a clinical chorus to rouse the attention and realign their narrative and with a generous hour plus of material, there is plenty of time for Happyness to take us by the hand and navigate us through some of the less travelled roads on their way to a climactic conclusion.

There is perhaps a little more of an austere, malnourished sound live, the thick layers of studio overdubs unable to be reimagined by the band, but to create the richness of sound from Write in would be asking a lot with just three musicians on stage. It would also be impossible not to briefly mention the support act, Her’s, such an incredibly eccentric but undoubtedly masterful two piece from Liverpool. With a drum machine, killer bass hooks and an end of the pier Ian Curtis, these boys are something so wonderfully diverse, it is truly a delight to experience.

So a pretty special evenings entertainment, Happyness bringing a great deal of smiles to a sweaty, humid Cellar and you can’t help but feel they’ve got some extremely strong foundations to build on as a band. Their songwriting is particularly impressive and the delivery will undoubtably improve with time. The ground they cover musically is particularly stirring, suggesting they have the capacity to go pretty much in any direction they wish and still obtain a very decent end result.