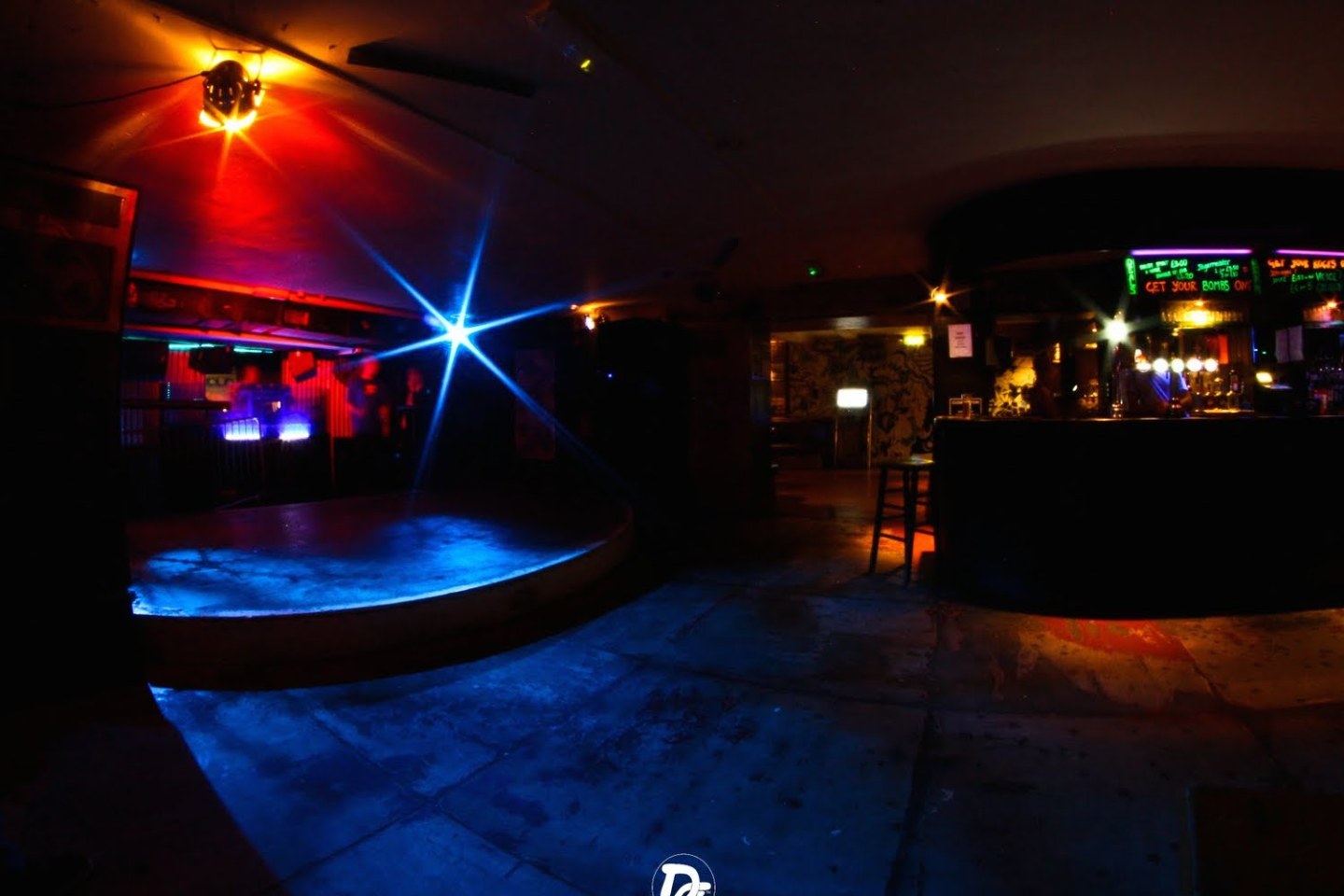 As I waited for Ezio to arrive at the Cellar, a band who had spent the previous thirty years touring the world, I was nervous. The smell of last night’s Jager and that morning’s disinfectant had created a most unholy odorous union. As they entered, worried the rude awakening of their more humble surroundings may dishearten them, I shrugged apologetically and murmured “It’s not much.” Ezio Lundei, key component of the band, looked around at the flaking walls and well-worn stage. After a minute or two, staring wide eyed at the place like it was Michelangelo’s ceiling, he beamed, “God. It’s beautiful! They don’t make them like this anymore, hey?” What Ezio could see, something that I had forgotten, is that The Cellar isn’t just a venue, it’s a time capsule. In a world of flat screen TVs, seven quid beers and minimalist bar stools here is a thing of the past, a relic of Oxford created not by project managers and officious meetings, but by its civilians, for its civilians.

You see high streets and city centres don’t really do originality these days and staring up Cornmarket Street, you may as well be in Reading, Stoke, Portsmouth or Dundee. Apart from good old Boswells, any whiff of an Oxford independent was forced out long ago by ever-increasing rates, only viable for the multi-nationals who dominate our once charismatic city centre. So where exactly is Oxford if it can’t be found in its most frequented streets?

The answer is in places like The Cellar, untouched by time or politics or fashion or “progress”. It’s where On A Friday cut their teeth, Supergrass made their name and Foals galloped into consciousness. Its threat of closure is a threat to a great deal more than a sweaty little room where people used to rock out. And all of this for our brand new consumer palace. The repercussions of our perceived need for a no singing and certainly no dancing shopping centre are now being felt by a lot more than merely the environment, local businesses and the £500 million that has become so easily available at a time of such economic deprivation. A shopping centre, I might add, that nobody petitioned for or indeed seems to have any real desire for. But that’s merely conjecture.

What isn’t conjecture is this city’s need for a cash injection to rebuild the framework of society for our most neglected citizens. We have a heartbreaking and totally preventable homeless problem in our city. Anyone who takes a walk around High Street and Cornmarket can see the poor, desperate souls, lining our streets, filling us with sorrow and guilt. It’s also rotten luck that the two biggest homeless shelters in the city closed last year due to lack of funding. But hey, these are tough times, austerity reigns supreme. We can’t be looking after historic landmarks and the most vulnerable sections of society when we’ve got a shopping centre to build. The new Westgate is branded as “The ultimate retail and lifestyle destination”. Take a look at the “lifestyle destination” of people in sleeping bags, freezing themselves to sleep in our doorways. £500 million.

But any economist will tell you, shops are important. The taxes they pay are the life-blood of our economy. I haven’t bothered to see which consumer delights we have waiting for us in our shiny new shopping centre but if it’s anything like our city centre, then we can rest assured they’ll be dodging every possible penny they owe our spluttering economy. But let’s not point fingers – Starbucks, McDonalds, Vodaphone, EE, Boots, Caffe Nero, Waterstones, GAP, Topshop, Vision Express, Thomas Cook… i.e. the majority of our city centre – all coincidently don’t operate from the UK, just in the UK. You wonder how much help just one of these leviathan’s yearly tax bill would do to solve our homeless problem.

Oh well, that’s progress. White washing towns in ubiquitous drabness and companies that take from the community without giving back. Sometimes, as we struggle to get by in the most expensive city outside London, we must ask ourselves “Why do we stay here?” It’s not for the competitive house prices, low rents or high salaries. A lot of us stay because of what we know still lives in Oxford, beneath the fresh lick of putrid paint consumerism has brought in, that something bigger than corporations and shopping centres is alive and well in our city, that memories of the past can somehow translate into hope for the future.

And sometimes it can feel like this city is held together by its memories, as if the ghosts of its halcyon days have seeped into the walls and foundations of our precious venues and preserved them through times of noiseless hardship. Places like The Cellar are the guardians of such memories, reminding us of times when this and every city was an individual with its own strange and wondrous idiosyncrasies. Everyone who’s been in Oxford for more than five minutes has their very own Cellar story. So let’s protect both our city’s and its citizens stories and with it Oxford’s future. For in every brick of every wall at The Cellar there lies a thousand stories of how we got here.