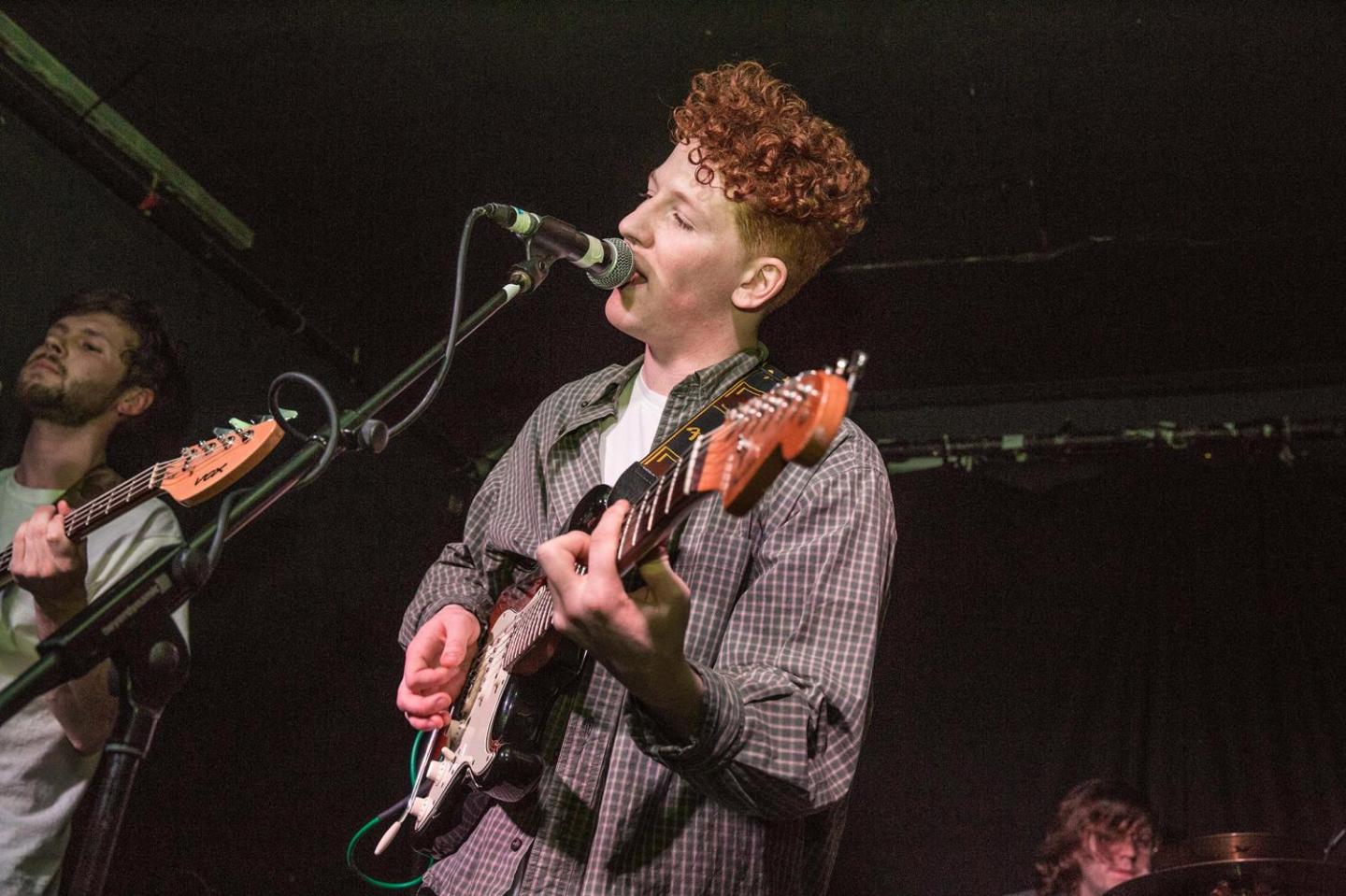 “Dreaming of fun can be hard, When you got nothing good going on,” croons Willie J Healey in his sumptuous album opener Subterraneans. A problem, that for the last year or so, has evaded young Healey as sweaty and cramped, diminutive venues have made way for sweaty and cramped, gargantuan shows. Indeed, the whole of Oxford appears to be somewhat engulfed in Willie hysteria: packed out listening parties at local record stores; back-to-back sell out shows; serious national radio airtime; and the customary likes, swipes and downloads that all mean the inexcusable phrase “next big thing” is being furtively whispered throughout the city’s labyrinthian alleyways and corridors. Indeed the only person apparently not caught up in Willie-mania appears to be the proprietor of all this fervour, Healey himself, who has his hand firmly on the hype handle and carries himself with the quiet confidence of a prize fighter and calmness of a Buddhist monk who’s forty-five minutes into a deep tissue massage.

Indeed an album release, a main stage slot at Truck Festival and a tour announced with indie behemoths Sundara Karma, although exhilarating, is a lot to chew on for an artist still rubbing his eyes and brushing himself off after a hasty descent down the rabbit hole. But Willie takes it all very much in his stride: “It may seem like rapid fire when you’re on the outside looking in but for me it doesn’t feel so hectic… I feel I’m ready to make good of whatever opportunities the music gods may decide to throw at me.”

And the gods have certainly been plentiful – signed to Columbia Records, sold out headline shows around the country and now a debut album with some serious muscle behind it, there appears to be no stopping the steadfast and determined Healey locomotive as it moves from a provincial to national timetable, picking up more adoration with every destination visited. There is something ever so charming about the way Willie plies his trade, both deferential and self-assured at once, which transcends beyond his public appeal and bleeds into his music, filling People And Their Dogs with nostalgic sentiment and nonchalant cheek.

And he’s certainly found his groove. Whereas previous work has embraced a cross pollination approach as regards genre and musical DNA, People And Their Dogs appears to have a definitive Willie sound to it. For the most part, it is brazen and compelling slacker rock, both in attitude and methodology, and one wonders if the perennial musical chameleon has changed his colours for the last time.

But Healey assures “I like the idea of people recognising my music like they would Nirvana or Bob Dylan but I don’t think that means I need to play one style of music. A band like Wilco have followed acoustic albums with electronic albums and still sound 100% Wilco.” And if there was ever a summation of how to create iconic music, here it is. The ability to change musically while maintaing a distinct ethos is a theme which runs through all the greats of our time and with such a non-linear, ever-changing mainstream which now exists, the ability to adapt has never been more of a fundamental in an artist’s arsenal.

Another aspect of creating meaningful and necessary music is the ability to construct work which resonates with its listeners, creating an unspoken understanding of the artist’s interpretation of life. Healey’s outlook on life is as alluring as his fuzzy hooks, playful but yet astute, and it’s clear that he gets a great deal of amusement from addressing social norms and examining them to the point of scrutiny. “I’m not an outspoken person so I enjoy expressing myself through lyrics.” There is certainly a running theme throughout his album of Healey gleefully stoking the fire with non confrontational observations as apposed to sweeping statements. Indeed People And Their Dogs is itself a reflection of that strange and mystical bond between canine and human. “I think the relationship between people and their dogs is a beautifully simple thing and that’s how I see my album. No complications.”

Indeed, that should be the maxim of Willie’s life mantra, “No complications.” He does make it look just so effortless. From the big stages and sell out shows to his patience with irritating regional music journalists, Willie appears to handle everything like a man who refuses to get ahead of himself while still very much enjoying the ride. We’re all aware of the ‘Bieber territory’ that egos can go to when artists get a little more than their five-a-day of hype and hysteria but with Healey, you feel that even if he was officially ordained a deity, he’d spend his time sitting on a cloud, chuckling to himself about how cool it was to be up there.

There’s a wonderful and extra special thing about Oxford music and indeed Oxford life which makes living in this city a most delightful experience. From On A Friday to Blessing Force via Caught By The Fuzz and Mezcal Head, this town always gives time and attention to noble charisma and honest originality. Bands that fit in just don’t fit in ‘round here and Willie J Healey is another example of the industrious and totally distinctive nature of the UK’s most hardworking musical city. With funky fuzz alongside moments of elegance, a penchant for flair teamed with graceful dexterity and an abrasive grunt with celestial melodies, Willie is the kind of contradiction that Oxford’s rich and lively music scene is built upon.